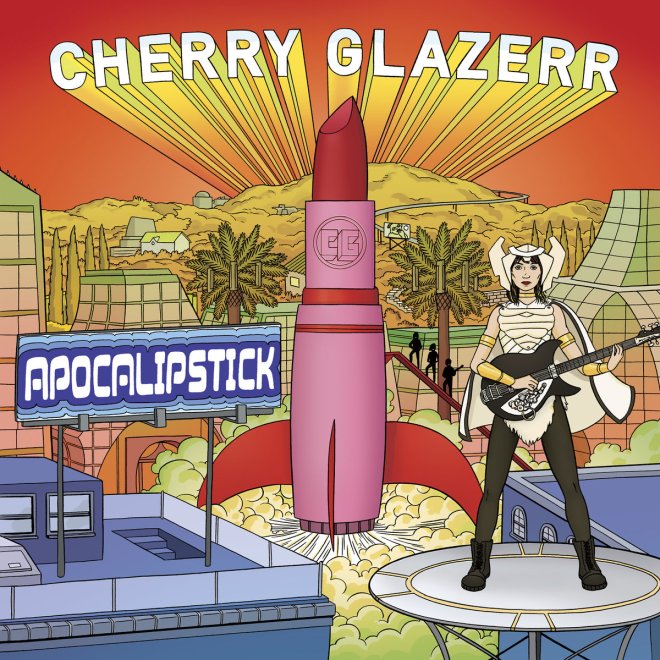 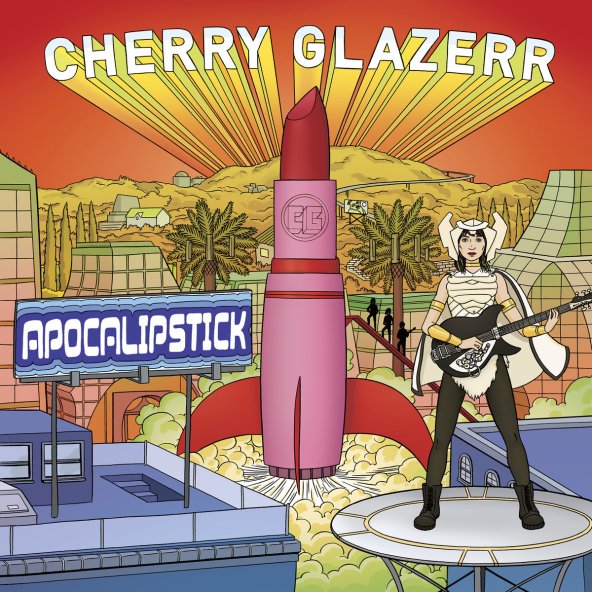 To define Cherry Glazerr as simply an LA garage-pop trio is to devalue the consistent flicker of opportunity and propensity for bigger things that they have always held in their eye. A glimmer that not only hinted, but actively voiced the notion that they could craft something that elevated them further out from the California punk scene that Burger Records built upon and first gave them an opportunity to express to a broader audience. That spark was so steadfast due to the undying enthusiastic attitude of Clementine Creevy, the bands commanding leader – who with a no holds barred sense of humour and unhesitating stance on what she believes in – cannot craft anything throwaway, even those on the subject of wearing the same underwear on tour for three days straight. ‘Apocalipstick‘, their first album with Secretly Canadian, is less a move away than an immediate transcendence from the scuzzy pop of 2014’s ‘Haxel Princess‘ – with the complete addition of new members and an enhanced level of clarity in songwriting and production Creevy has the latitude to take their vehement and ultimately aspiring thoughts to new places.

‘Apocalipstick‘ takes all of Cherry Glazerr’s strength in reactions and intensely felt persuasions and channels them into an unquestionably loud statement that wouldn’t be possible without Creevy’s demand to take them there. ‘Told You I’d Be With The Guys‘ is an intelligently earnest statement on believing in the wrong type of guys and perhaps the lack of female union in such circumstances – Creevy’s profound animation delivering such a stance with the sort of sageness that would insight as well as convince others to speak out. This spirit carries through the record – a fire that matches the unquestionable spark that the group hold together and you can imagine carried the first time they practised together. ‘Sip O’ Poison‘ and returning single ‘Nurse Ratched‘, with flavourfully eerie horror, grasps at their best melodic punk and embraces the scorned with all intention of embodying present reality and the intensity of criticism. Creevy’s ability to deliver a comical subject of light-hearted perception into something of value is ultimately Cherry Glazerr’s brightest element of many.

Cherry Glazerr’s second record is a marked point of development in sound and conveyance. ‘Apocalipstick’ erupts with awareness, each track persisting and eliciting robustness in essence – its a natural progression for their own growth, a passage from teenage malaise to heightened discernment for the present.