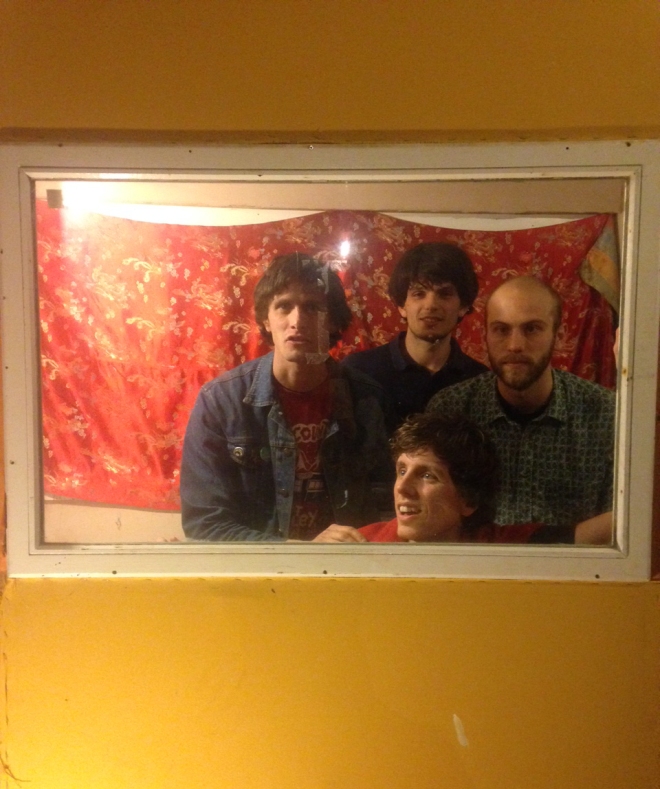 | FEATURE | ON ANOTHER PLANET: IN CONVERSATION WITH PLANET JAZZ | 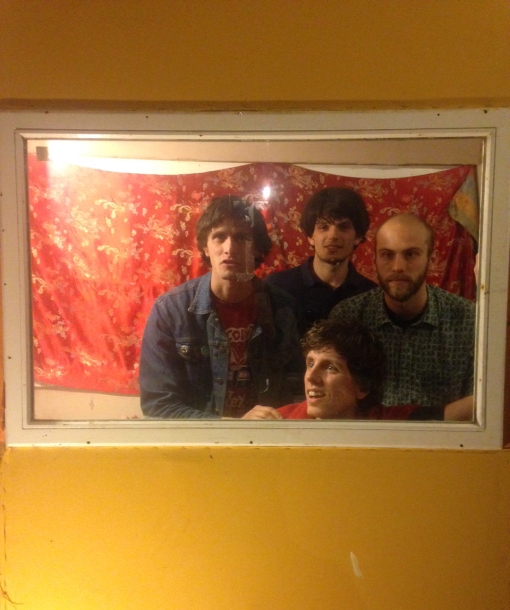 Today marks the release of one of this years underrated extended plays, as Crocodile Records present the ‘Planet Jazz‘ 7″ – a four-track of power pop nuggets that brings Charlie Murphy’s brand of lawlessly melodious rock n roll to the fore, distributed rightly so across black synthetic.

To celebrate the release, we sat down with the Planet Jazz frontman over his favourite cereal, and discussed in particular his relationship with the more hooky side of punk, the band as a whole and looking to the future after the most prolific of years.

Q: You started Planet Jazz as a side project to the Red Cords over a year ago now, and it seemed at first that you used it as a place to delve into your more melodic leanings, was this the case?

Absolutely, I was writing more pop based stuff that didn’t fit the Red Cords and I have always really liked having different outlets. I was writing a lot of the short comics as well which also went hand in hand with starting Planet Jazz. Also me, Jake, Sam and Josh had been talking about doing a band like this for a while, so it was great we finally did.

Q: With obviously having Murph & The Gazorpos and The Red Cords running alongside Planet Jazz as well, you’ve been keeping really busy, can you differentiate for which project you are writing when you do so, or is it more of a “that would be a good Red Cords track” vibe?

Yeah definitely, although with Murph & Gazorpos and Planet Jazz it is more difficult as Murph & The Gazorpos is basically a solo version of planet jazz. I was writing a lot of stuff when I was working back at home over the summer , I wanted to be able to record stuff on my own as well so obviously the two are very similar. But yeah I always know when I am writing a song for Red Cords .

Q: You set out for this 7″ to have this joyful sound that when really delved into was quite obviously about heartbreak and despair. Did writing this provide a sense of catharsis?

Absolutely man, that’s one of the things which has always drawn me towards this kind of pop, I’ve always loved that contrast.

Q: You’ve always been able to find a way of making such verse seem so personal yet relate to everyone around the room that you are playing to, how do you find writing so personally?

I’ve been reading the this book recently called ‘understanding comics’ by Scott McCloud, in it he talks about how the more the cartoon-like a face is the more relatable it is to people and I think the same can be said for rock’n’roll music of this type. It’s the idea that the cruder something is the easier it is for other people to put themselves into it.

Q: Even just for example, ‘New To Try‘ and ‘Let’s Not Go (To The Pictureshow)‘ have the euphoria and energy behind them that they almost seem a constant chorus, in fairness the whole EP has that vibe. How did you learn to write such progressions, and do you feel writing with such vigour is the easiest way to express yourself?

Recently I just haven’t been able to stop writing this kind of stuff, It just seems to come really easy at the moment.

Q: Josh Turner and Jake and Sam from The Black Tambourines form Planet Jazz with yourself, did you feel it was important for Planet Jazz to be a fully-fledged group on record and live?

Oh absolutely man, that’s why I did the Gazorpos because I really want Planet Jazz to be a band with all of us. The next record we are going to do is going to have songs written by Jake and Josh on it, its always been really fun just us guys playing together.

Q: On the record you cover ‘Letter To G‘ by The Nerves, an absolute power pop classic that you make your own with the slinky hooks and your trademark loose vocal. How did you decide on covering this?

The Nerves are one of my favourite bands of all time and I just really wanted to record a version of it, its not a patch on The Nerves versions obviously but we gave it a try.

Q: This 7″ is a great introduction to your work as Planet Jazz, what are your plans for the group in the future?

We are so happy to be releasing this 7” with Crocodile Records who have been putting out great stuff for a while now, but after this we are going to hopefully record another record early next year. I really want to record a Christmas single as well but I don’t know if we will be able to.

The Planet Jazz 7″ is available now via Crocodile Records – listen to ‘New To Try‘ below: