We miss singles. The sort of uplifter that has you up till 3am belting out words of prophecy and disturbing the dog. In memory of a once golden 45 minutes of television, we will present our weekly showcase of the best tracks of the last seven days in a succinct round circle of live presentation. In true appreciation of these modern times, get involved on Twitter (@WaxMusicUK) where you’ll be able to vote for your favourite in our weekly poll. Enjoy the tracks and see you next week.

As the autumn leaves begin to fall, UK duo Ultimate Painting deliver a shimmering, typically stripped-back offering with their third EP, ‘Dusk‘. Stark yet beautiful, at once rich and austere, it channels the likes of Yo La Tengo and the Velvet Underground at their most introspective. But, honing the minimalist pop of their eponymous debut and last year’s ‘Green Lanes‘, Jack Cooper and James Hoare carve their own sound.

‘Monday Morning, Somewhere Central‘ is perhaps the most immediately accessible window to a band so many call rustic and pastoral. Melodic, tremolo-laden guitar is complemented by gentle Wurlitzer piano; Airy vocals come and go like evanescent thoughts “Head down, you didn’t see me; that’s fine, it wasn’t meant to be“. Tucked up in a North London bedroom studio, the sun may be going down but there’s comfort behind the curtains in subtlety. 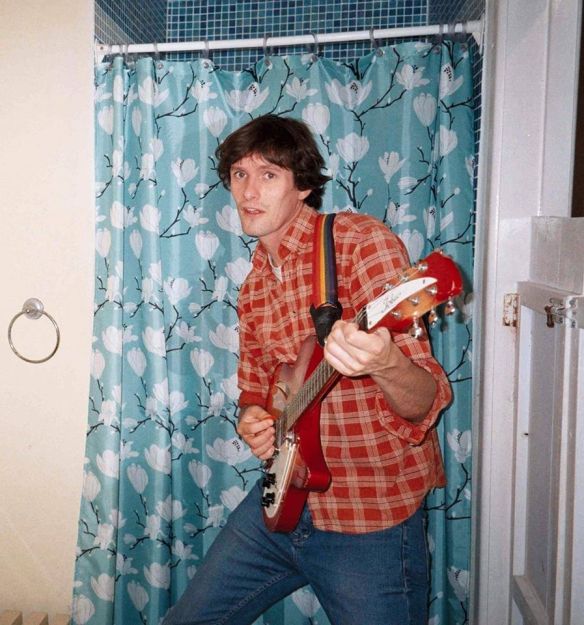 Taken from new EP ‘A Little Reaction‘, Murph & The Gazorpos have returned with their most electric and perhaps their best power-pop heartbroken hit to date. Murph bolts his way through with a shaky knee and tapping feet, delivering kooky rock n roll hooks as he sings off getting left behind in this damn town and not being over it quite just yet.

While sitting more on the r’n’r side of the fence, Murphy can prove his qualities as an unbelievably strong songwriter even further. A fantastic two-minutes of hands aloft pop.

ABLEBODY – ‘SEND ME A LETTER‘

LA duo Ablebody combine with Sean Nicholas Savage for a blue-eyed serenade that is unabashed in its winsome romanticism. Channelling a measured combination of adult contemporary and new romantic flavours, ‘Send Me a Letter’ is a whimsical yet sincere pop tune.

Vintage synthesizers, chorus-laden guitar lines and Savage’s idiosyncratic harmonies provide the musical backdrop, whilst Ablebody’s lead vocal delivery alternates from stirringly rhapsodic in the verses, to hopelessly endearing in the chorus – “You could send me a letter, that’s addressed to where you wanna be…” is a refrain that could warm even the hardest of hearts.

I’ve always admired light when it creeps through window blinds. Those bright cracks that bare down, early in the morning and before sunset, are always moments to take notice of. That’s how exactly how I feel listening to Emily Yacina. The New York based Philly native, infamous for mesmerising sneak releases on Bandcamp, is once again shining through, exposing brief radiant moments of intimate songwriting.

Standout track ‘Pull It Apart‘ ushers cold whispers of provocative minute lines. “Kiss the poison, the wound won’t open, til you pull it apart…I pull it apart, you pull me apart“. Yacina’s imagery is so stark it’s easy to feel lines but hard to fully comprehend all their meaning. 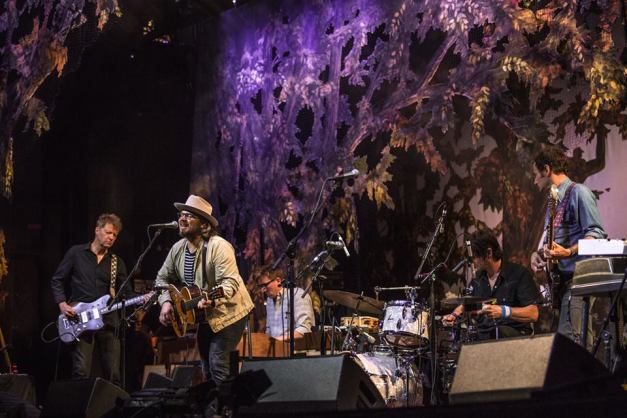 While not going as far as being a definitive statement, ‘Schmilco‘ is nostalgic and smacks of reminisce whilst struggling to understand ones place in the current American climate. It’s self reflective, but their strength and character lie in experimentation – with structure, tonality and subverting of the country and western genre.

Glistening and worn in the waring evening heat, ‘Cry All Day‘ is typical of such qualities. As Jeff Tweedy bears the weight of life and experience, Wilco create something vividly of the present (feeling alien and isolated within the world) within a timeless character of twanging, sliding rhythms and a humming hammond. Effortlessly important.

‘Chromatic Recollection’ / ‘Public Eye‘ are unilluminated shots of garage punk – antagonised by the polar essence of being predominantly unsettled but entirely engaged. Both are skittish, strobing forms of intensity that capture the strain of modern inertia in the former and the harrowing threat of faceless criticism in the latter. The naturally resentful vocal physically writhes alongside the heated rhythmic motive – you’ll perhaps not hear a more investing diatribe this year.

Channeling hostility into vibrant assertions is a proven statement of intent, yet to do it with such sharpness is another matter – on this evidence, The Nods are capable of such standards.