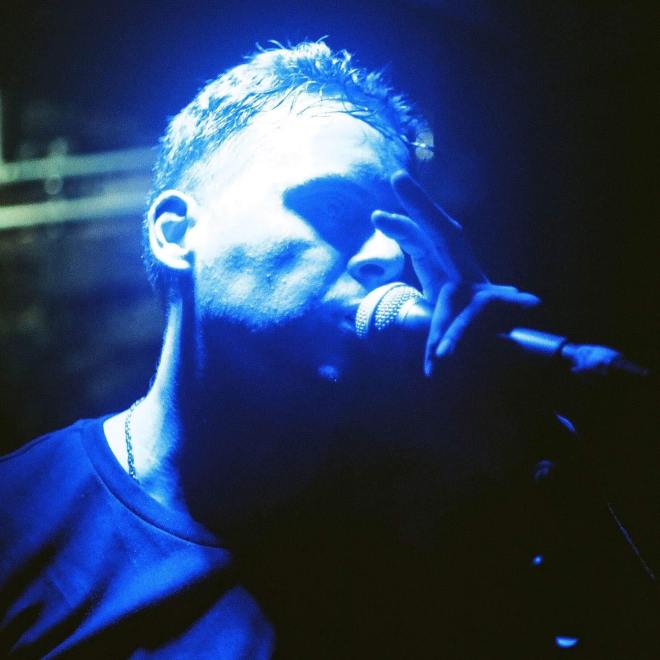 Who Are You?: YOWL, The Shuks & Football FC

Last Wednesday, a sold-out Bristol crowd descended upon The Exchange Basement for the inaugural ‘Who Are You?’ event.

The night, put on in collaboration by Wax Music and So Young Magazine, held a celebration of some of the finest rising acts in the country.

Boasting a strong line-up of YOWL, The Shuks and Football FC, the anticipation could not have been higher, yet a near-critical power outage that struck the whole of Old Market Street certainly caused a stir, putting the chances of the show going ahead in jeopardy. Fortunately, crisis was eventually averted and the show was given the green light to resume as normal once power returned (albeit following 20 minutes of chaos), and the basement was subjected to three raucous sets, each displaying their own brand of fearsome punkish energy.

Kicking off proceedings in the packed and sweltering basement were Football FC, a Bristol act with plenty of snarl about them. Worming my way through to the front of the audience, I was met with a menacing outward stare from each of the members, which set the tone for the remainder of their set. This attitude that they displayed was also reflected in the sound they created, with thumping rhythms and aggressive bursts of guitars littered all over tracks like ‘Big Time’ – the ideal soundtrack to a stomping fit of rage. While the sound they got may have been a little murky and perhaps unpolished, part of you wonders whether that’s exactly the way Football FC like it – and to be quite honest, it suits them perfectly. The brief set they put together was enough to demonstrate why they’ve been turning heads and have caught the attention of London-based label Permanent Creeps, and there’s nothing to suggest that they won’t continue in same vein of form for a little while yet.

Though many of the audience may have been reluctant to retreat from the fresh outdoor air after the first interval, the promise of a similarly electrifying set from The Shuks was enough to persuade the crowd to come back for round two of noise, sweat and beers. At just eight songs, the band’s set breezed past in no time at all, but its brevity worked very much in its favour and felt as though it captured the intensity of the performance. Beginning the set without his guitar, frontman Jack Lawther exuded an energy that almost felt as though he could flip into complete hysteria at any moment, but just about kept the more primal moments contained for the time being. The set however did reach an unhinged climax, with a showing of new single ‘Ode to TV’ (complete with a sly nod to Television’s ‘Marquee Moon’) and closing track ‘Legless Cynic’ that descended into a wall of feedback and a full-on onslaught of wailing guitars. Two for two on great performances so far.

Headliners YOWL certainly provided a fitting end to the evening with a crowd-pleasing set of songs both new and familiar. Freshly back from a brief dormant period – and with the announcement of a new EP coming soon – the band seemed to have plenty of charge in their system as they tore through the range of styles that the catalogue encompasses. New track ‘Mammalian Fondness’ delivered the trademark deep baritone and droll lyricism that frontman Gabriel Byrde has always drawn upon, while ‘Saturday Drag’ proved to be quite the fans’ favourite, inviting bouncing and chanting from a thoroughly buoyant crowd. The intimacy of the venue and lack of raised stage also led to less of a divide between band and crowd, with Byrde taking full advantage of the fact that he could stroll into the centre and really be at one with the audience. While musically the band may have had the most laid-back sound, closing track ‘Darkroom’ brought everything full circle and returned the vibe to its originally murky and abrasive post-punk.

Despite being on the brink of disaster and potential cancellation, Who Are You? made a stellar first impression with an impressive trio of acts, and certainly built up the excitement for plenty more to come in the future. Next month’s event sees The Rhythm Method and Lynks Afrikka come to The Exchange on October 18th, which is sure to be another unmissable evening (powercut pending).