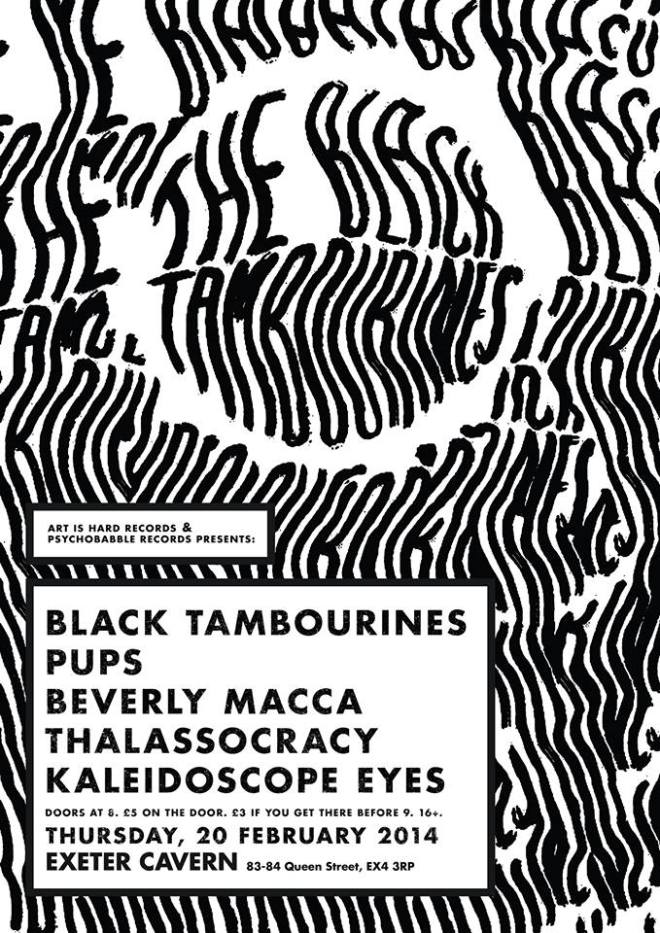 Exeter based independent promotors PyschoBabble Records and Art Is Hard Records have announced a show at the Exeter Cavern, with The Black Tambourines headlining.

The show will be The Black Tambourines first in the area for a while, having enjoyed a busy 2013 playing a headline tour around the UK.